A while ago, my friend and I were out looking for somewhere to have dinner when we happened to stumble upon this little place called Momo Jjang Steak. As we stood outside, gazing up at it in all its yellow-painted glory, I asked my friend if he'd eaten there before and what he thought of the place.

At that point, I nearly stumbled backwards on the street. 7,000 won for steak? Surely this was too good to be true! Either he was grossly mistaken (70,000 won, not 7,000 won, perhaps?), or.... he was a liar liar pants on fire. I was intrigued, and so up the stairs we went. Lo and behold, we were presented with a menu that proved he was indeed telling the truth, and that the steak did actually start from the low, low price of 7,000 won.

Of course for that price, you can't go in expecting premium stuff like Kobe beef. However, the meat they do serve is definitely plentiful and tasty. It also comes with a generous serving of salad, and unlimited rice and miso soup. Talk about amazing value for money! 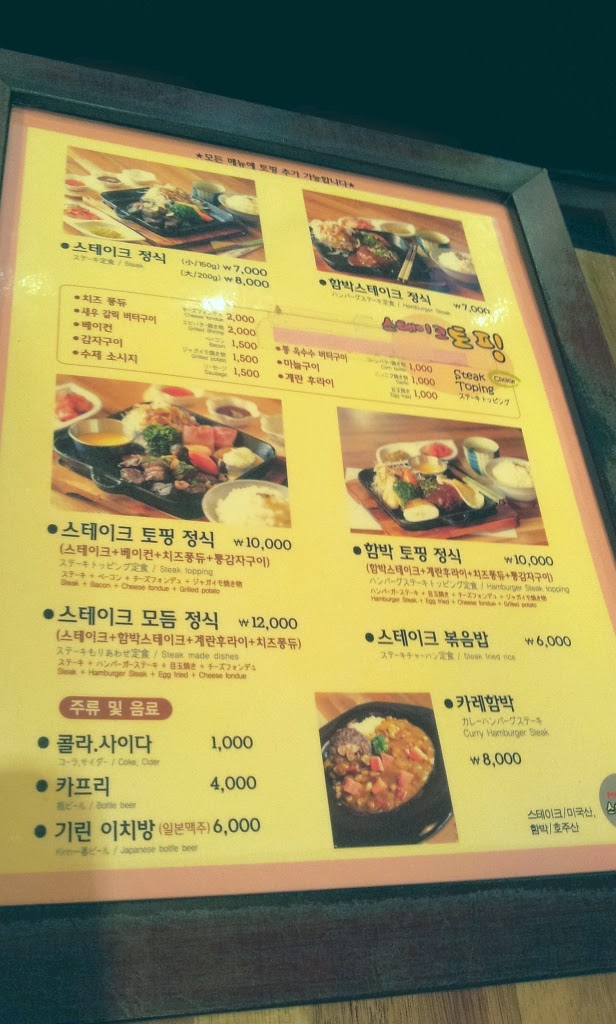 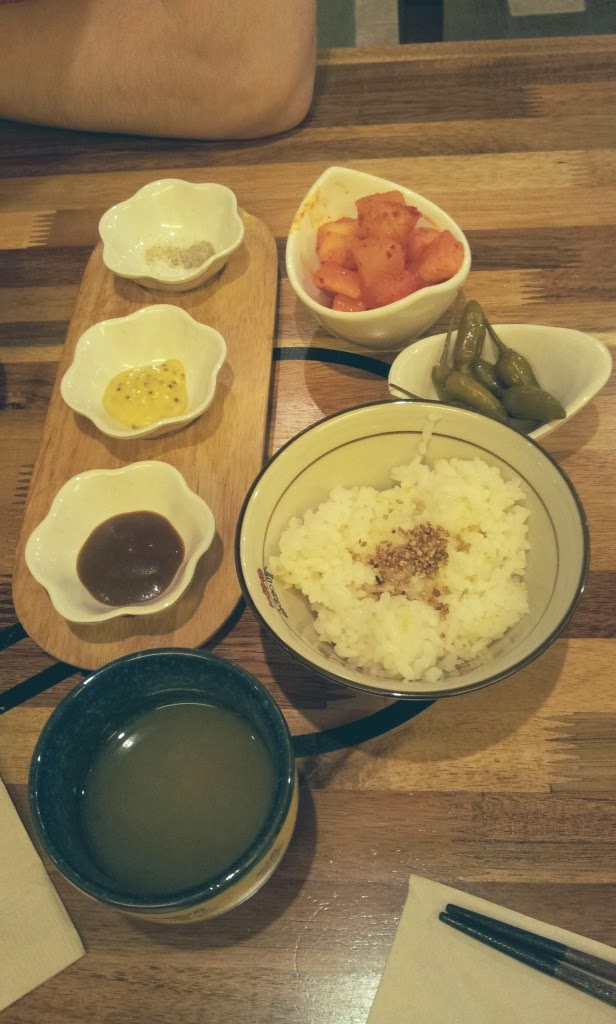 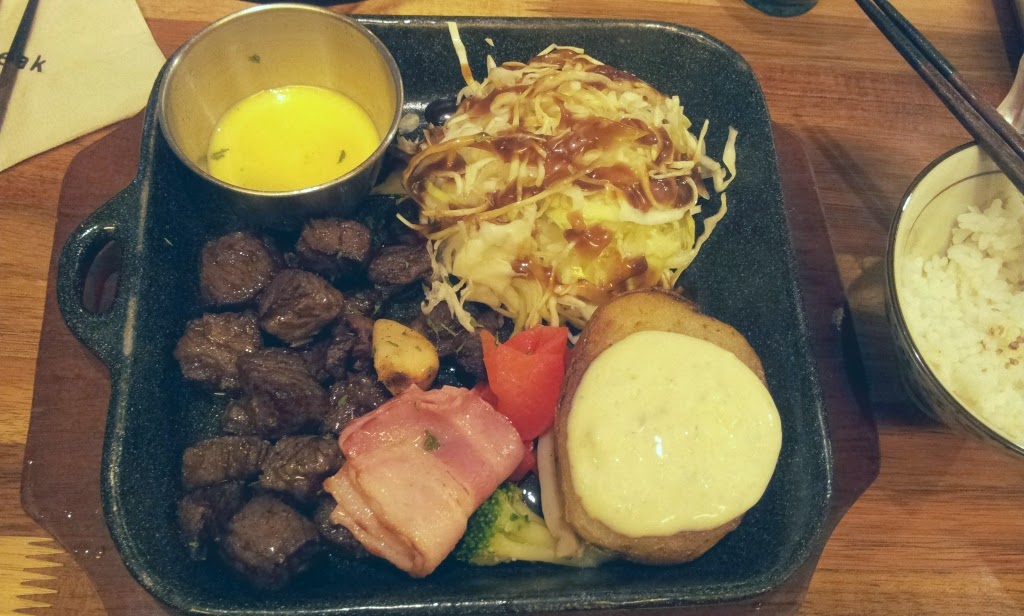 I ordered the 10,000 won "steak topping" set that came with bacon, potato, roasted garlic, and "cheese fondue" (basically just cheesy dipping sauce that tasted kind of like watered down nacho cheese). The bacon wasn't crispy, but it was certainly a lot leaner than some other cuts I've seen, and it made an excellent wrap for the steak before getting dunked into the cheesy sauce. Also yes, the steak came out pre-chopped like that, which was kind of odd, but meh. Saves you having to cut it up yourself. Less cutting time = more eating time. >:D 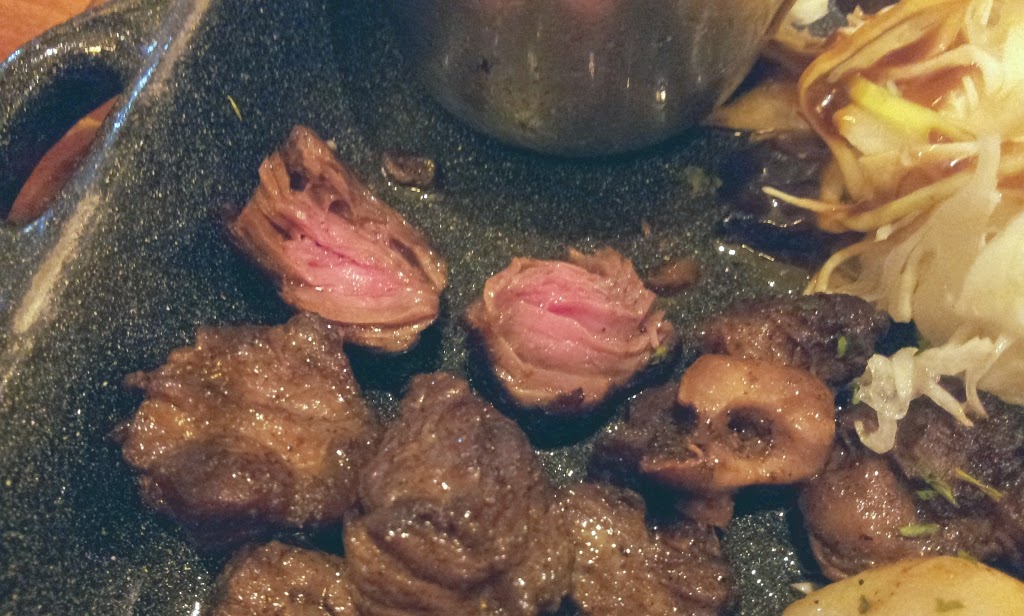 
As it turns out, Momo Jjang is a chain and there are branches all over Korea. Unfortunately, it has only one branch in Seoul, which is in Hyehwa, and the next closest one is in Guri. Most of the other branches are down south in places like Busan, Ulsan, and Gimhae. Sadly, Hyehwa is still a bit of a trek from my place, but I'd say it's worth it for the $7 steak. >:D
(*Edit: There are now several branches around Seoul, including Gangnam! Check out their website for more locations ^^) Momo Steak, Hyehwa
Address: 서울시 종로구동숭동 130-27 2층 (2nd floor, 130-27 Dongsung-dong, Jongno-gu, Seoul)
Website: http://www.momozzangsteak.co.kr
Directions: From Hyehwa Station, exit 2, walk straight for a couple of metres and you'll find a brown brick building on your left. Look out for a small path between the brown brick building and Marronnier Park next door. This will lead you to a back road, Daehangno-8ga gil. Follow this road straight for 3 blocks, until you can't go any further, and Momo should be in front you.
Posted by Uncle Yenny at 1:36 AM