I think it's safe to say that most people know Myeongdong for its epic array of street food, clothing stores, and scores upon scores of makeup shops, and it's probably not exactly the place that springs to mind when you think of the word "brunch". Fret not, though. If you're in the area and looking for a healthy way to kick start your morning, Long Bread is here to save the day!

Long Bread is actually a subsidiary of The Flying Pan, which is a chain famous for their delicious (albeit slightly costly) brunch dishes. As the name suggests, Long Bread specialises in... bread. Hah! More specifically, though, sandwiches and paninis. Their food is a little pricy, but you can expect the same good quality that comes from The Flying Pan, plus there's also the added bonus that they use organic ingredients.

So back in March, on another of our epic brunch quests, Mae and I hit up Long Bread to indulge ourselves in some delicious, crusty paninis. I ordered the ham, cheese, and pesto panini (7,800 won): 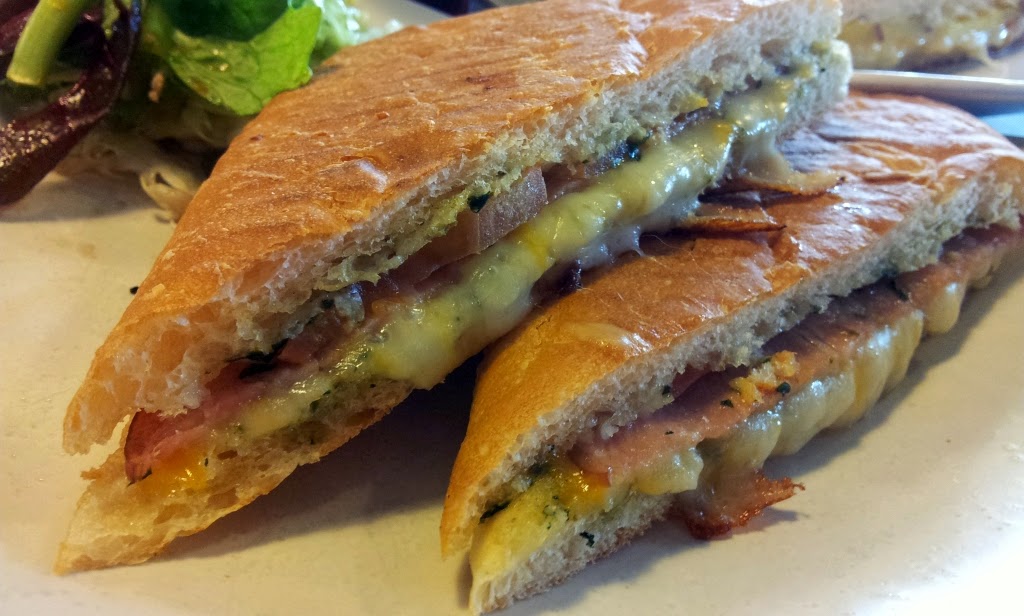 It also came with a side of fresh, green salad, which I think was dressed with balsamic vinegar. Mmm... Tangy!

I didn't get a picture of Mae's order, but it was some kind of seasonal winter special that involved bacon, cheese, sweet potato, and yuja jam (yuja is a citrus fruit, so it tasted a bit like marmalade). I did try a bite of her panini but personally I wasn't a huge fan of the sweet-salty combination. (Bacon, cheese, and marmalade? Hmm... @__@)

On our second trip there, last month, I tried the "Say cheese! panini" (6,800 won), which was supposedly 6 different types of cheese all melted into one very cheesy sandwich: 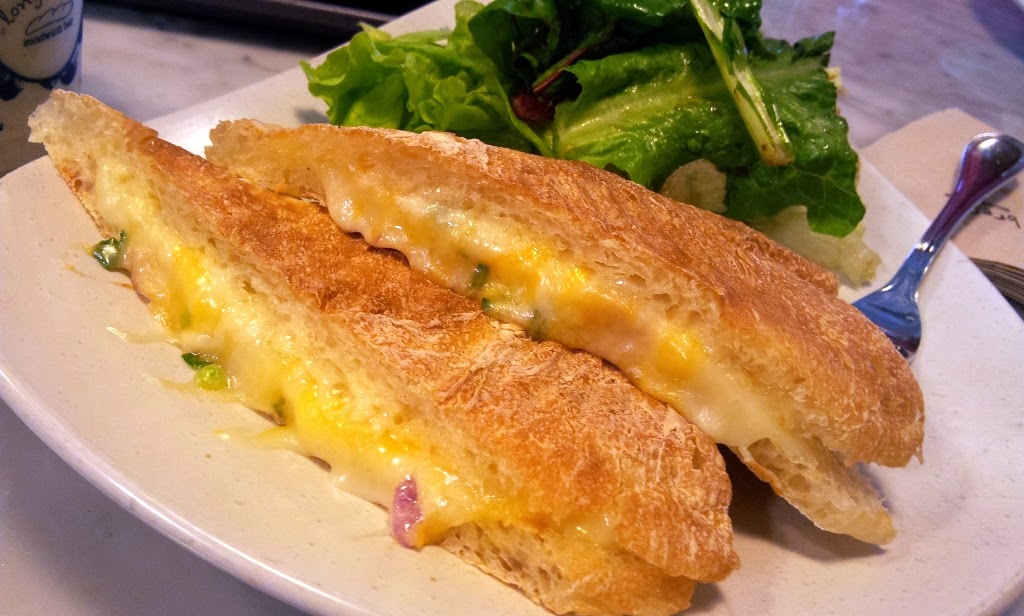 Look at the gooey, cheesy goodness just oozing out of the centre! 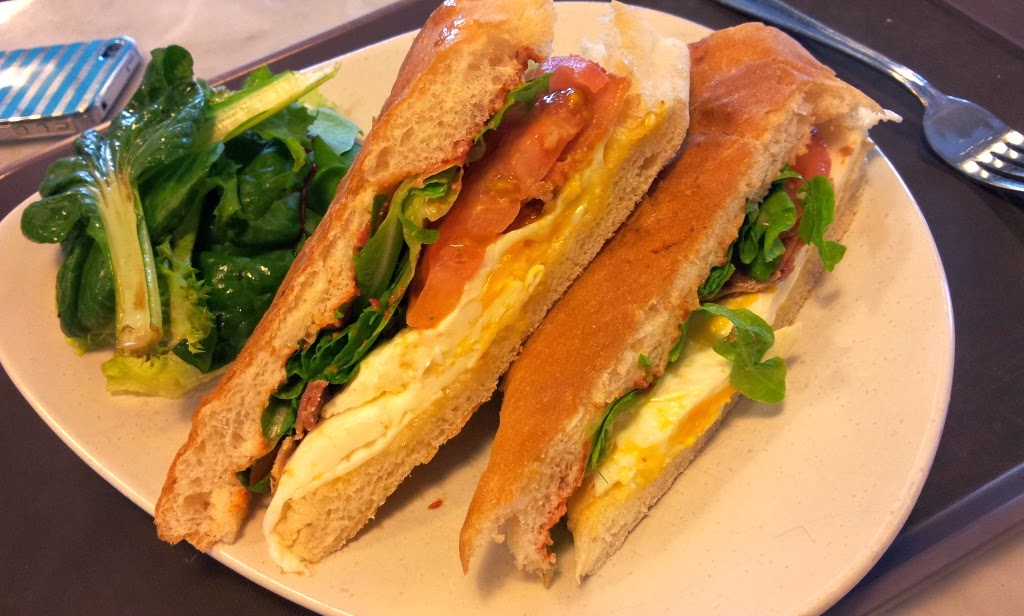 Both times that we went, the paninis were deliciously hot, fresh, and crusty. The bread gave way to our teeth with such a satisfying crunch as we bit into it, and the fillings were abundant and full of flavour.

Besides paninis and sandwiches, Long Bread's menu also included soup (which changes daily) and salad. They had a great selection of fruit juice and decent offerings of coffee. 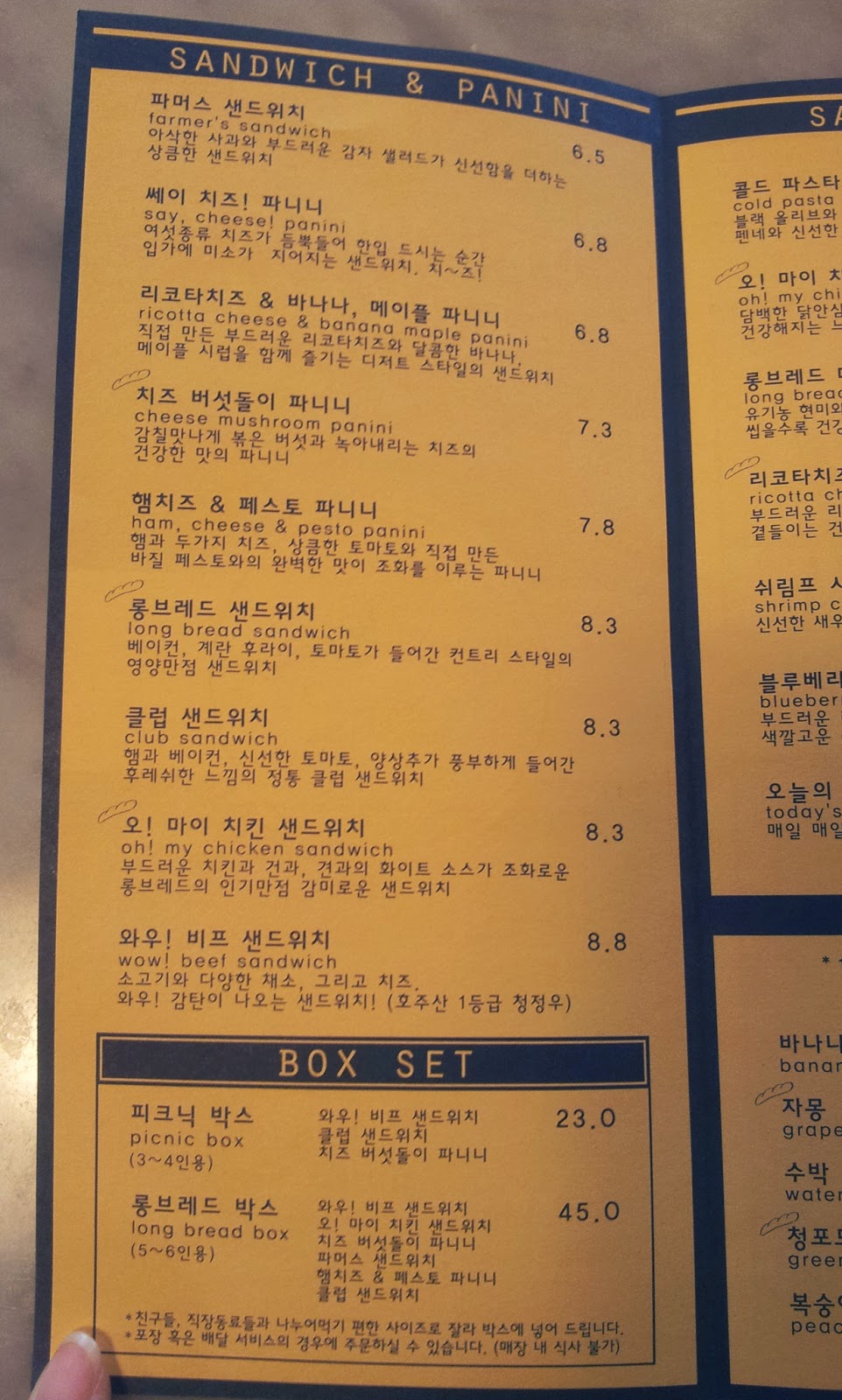 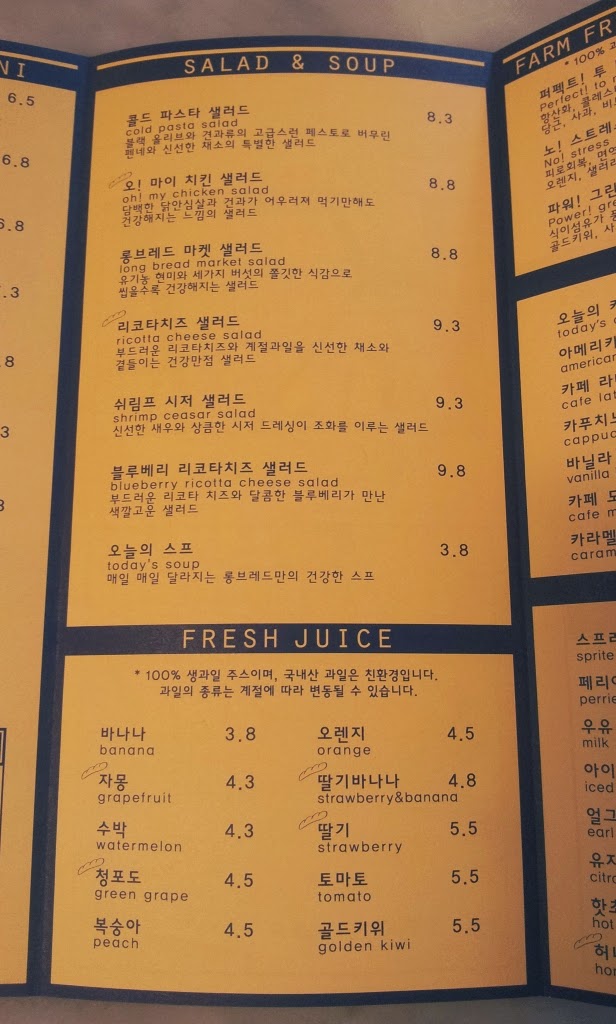 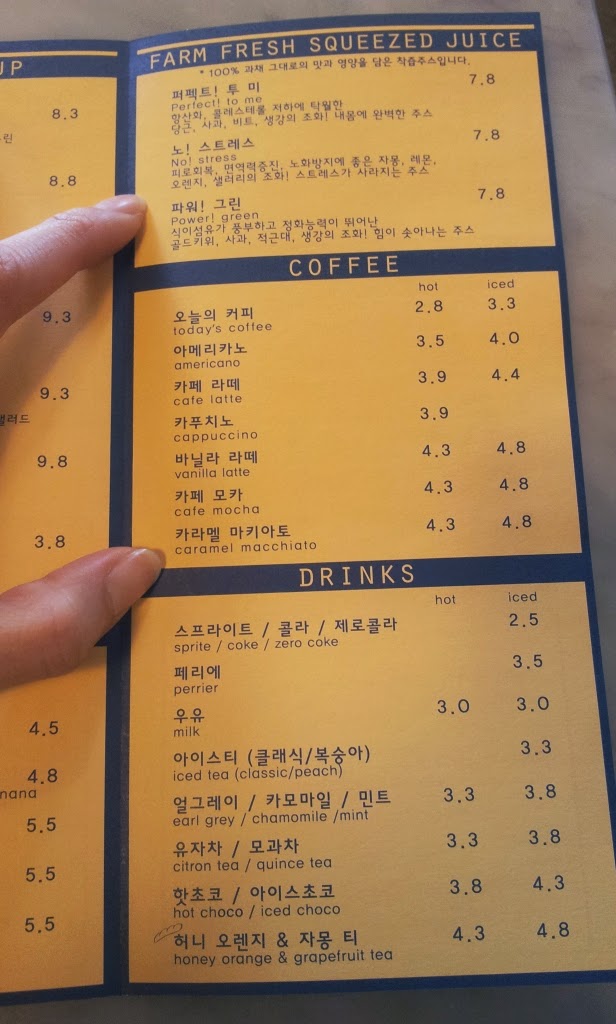 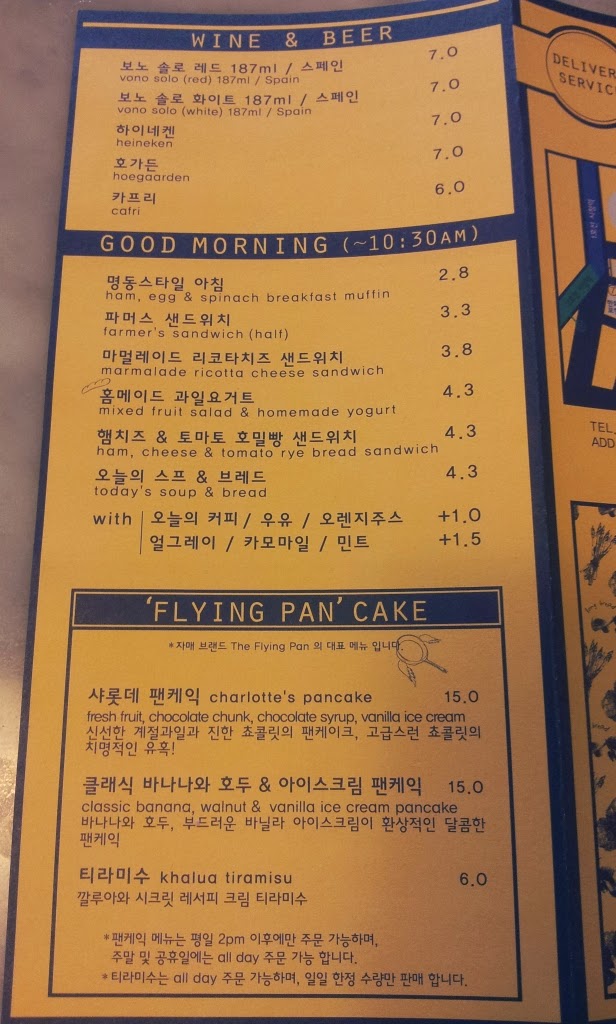 The interior of the place was pretty cool too. I liked that there were plenty of seats to accommodate customers, especially as lots of business people start pouring out of their offices around lunch time. 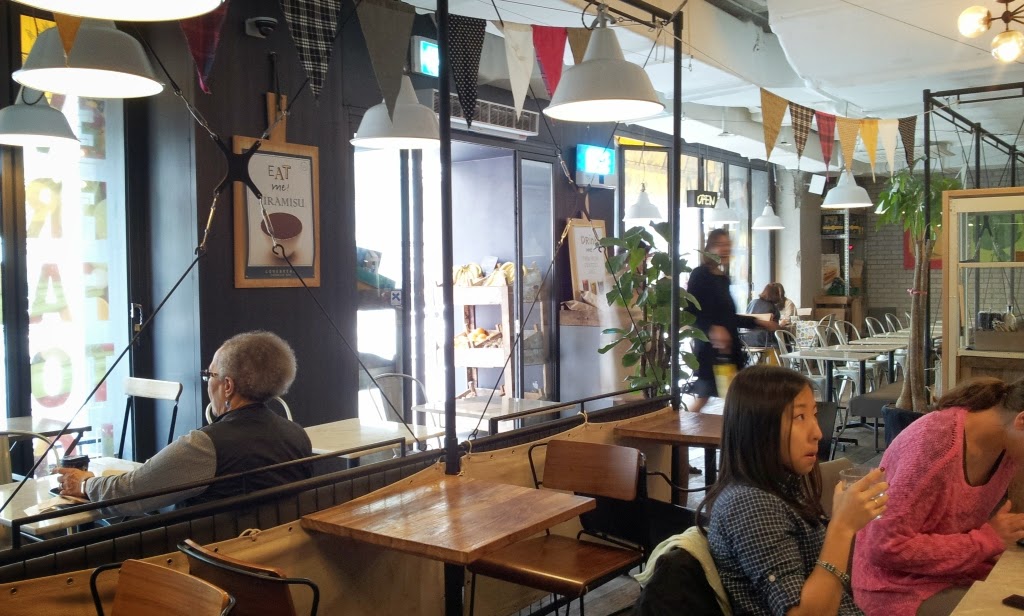 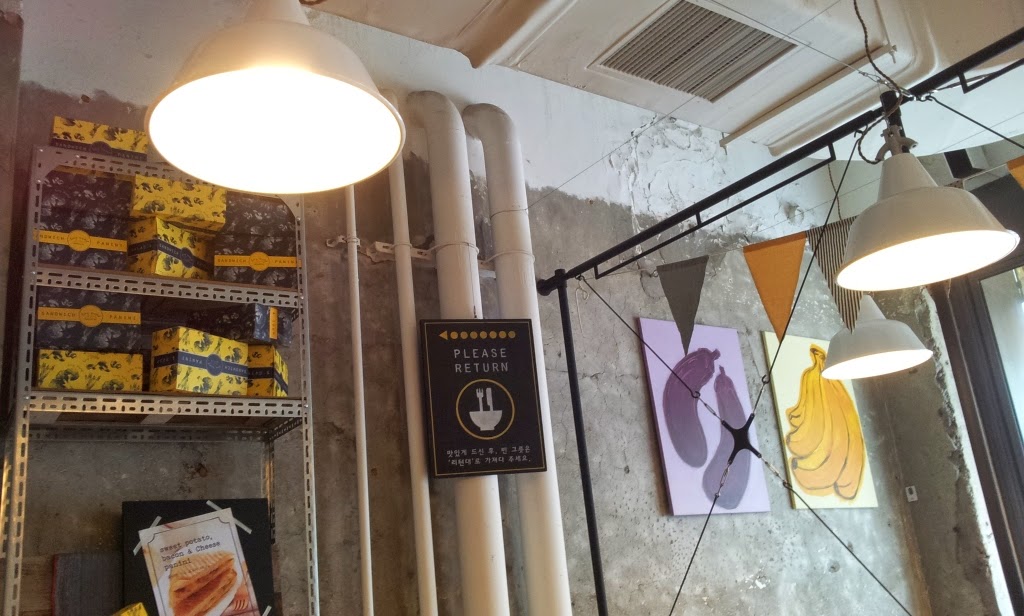 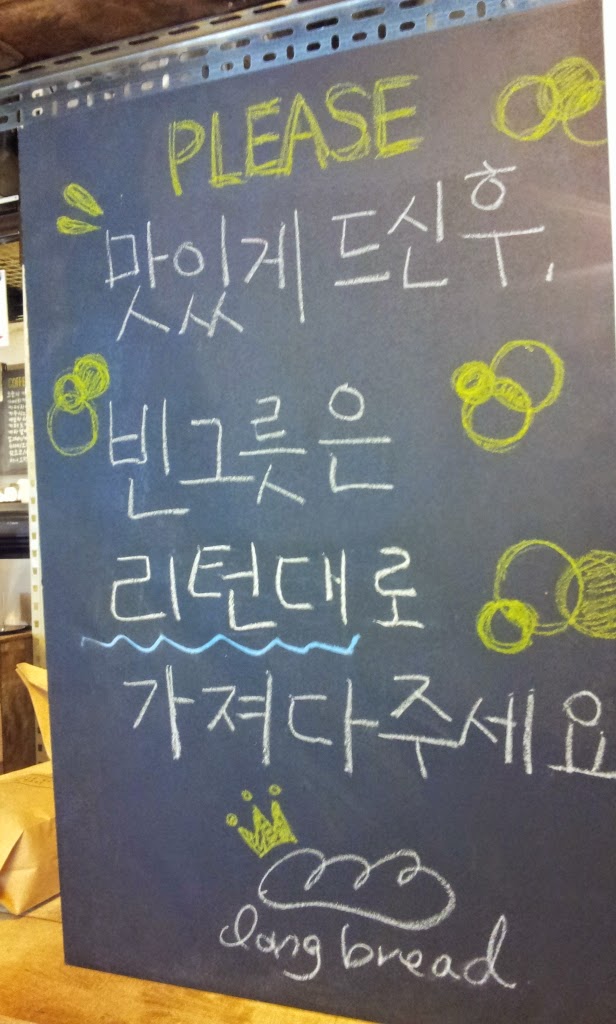 After eating, make sure to return your dishes and trays to the return counter! ^^


As far as brunch goes, I guess I'm more accustomed to the kind that's greasy and laden with artery-clogging ingredients things like bacon, sausages, and creamy scrambled eggs. So, while I did enjoy Long Bread, it's probably not somewhere that I'd go out of my way to get to, but rather a nice place to visit if I just so happen to be in the area and feel like being "healthy". If you like sandwiches and paninis though, this is definitely worth checking out! ^__~ They also have locations in Yeouido, Gangnam, and Yeoksam. 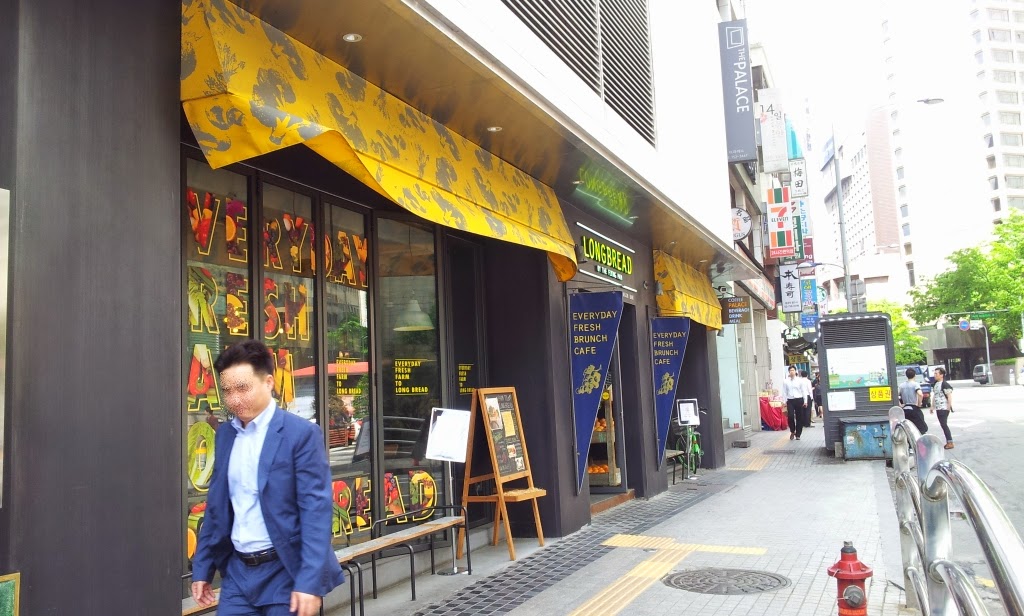 Long Bread, Myeongdong
Hours: 7:30am - 10:00pm Mon - Fri, 11am - 7pm weekends
Address: 서울시 중구 남대문로2가 123 (123 Namdaemunno-2ga, Jung-gu, Seoul)
Website: http://longbread.co.kr/
Directions: From Euljiro Ipgu (Euljiro 1-ga) station, exit 7, walk straight until you reach Lotte Avenuel Department Store, on your right. You'll see Lotte Young Plaza across the road. Long Bread is part of the Lotte Young Plaza building.
OR
From Myeongdong Station, exit 5, walk straight for a few meters and take the first right. Follow this road all the way to the end, until you reach the main road with Lotte Young Plaza across from you. You can cross the road using the underground shopping arcade.
Posted by Uncle Yenny at 4:41 PM