Move along, cats and dogs... the raccoons are here to take over! Yes, you read that right.

Raccoons. At a COFFEE SHOP.

Because dog and cat cafes are so five years ago. *Valley girl accent*

Now I'm no animal expert but when I first heard about this, it worried me a little that someone would want to combine raccoons and coffee together in the same place. What came to mind when hearing the word "raccoon" was always something like this: 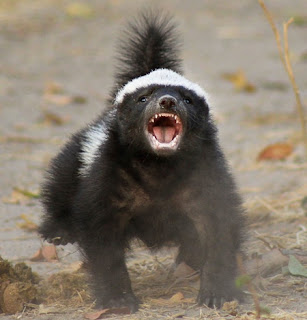 We don't have raccoons in Australia, so I'd kind of imagined them to be snarly, disease-ridden little beasts that gave zero f*cks about anything.. a bit like the honey badger.

Well, as it turns out, they're more like this: 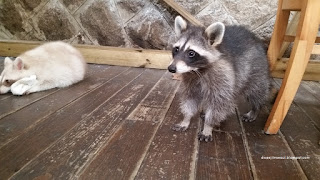 Cheeky, naughty little critters, but undeniably adorable.. a bit like a a rascally puppy. I learned this after going to Blind Alley near Sookmyung Women's University, where you can get up close and personal with the cafe's two pet raccoons. 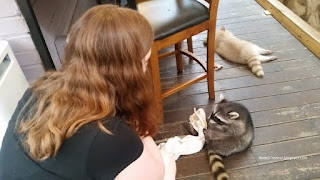 The cafe itself is cosy and comfortable with plenty of warm brown decor, and it has lots of very reasonably priced drinks. WINNING. 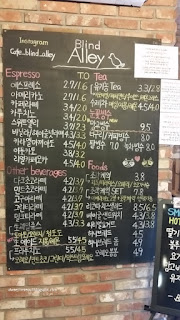 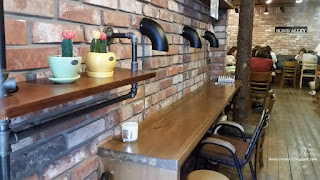 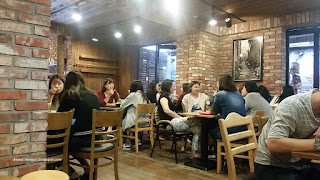 But let's not pretend. We all know you're really just here for the raccoons. :P They're kept in a separate section of the cafe and for obvious reasons, you can't take any food or drinks in there. 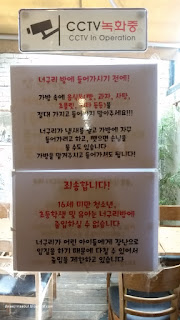 Note: Children under 16 are not allowed to enter. 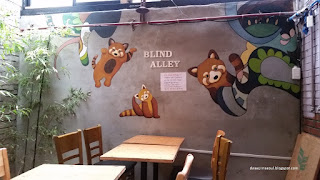 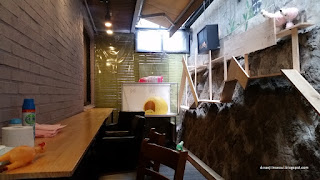 Watching the two critters ferreting around was actually kind of therapeutic. :3 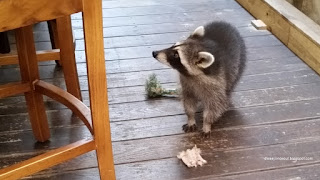 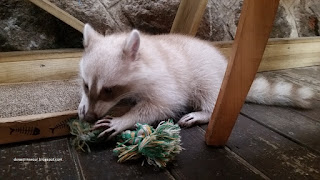 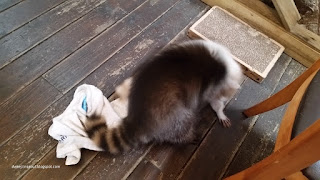 A scuffle broke out over ownership of the tea towel. 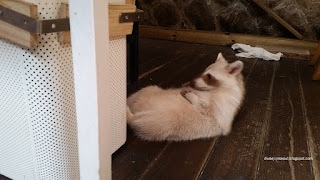 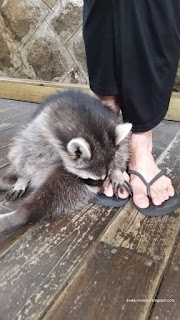 Getting a whiff of my gnarly toes. Poor fella.

Of course the biggest concern with animal cafes is whether the animals are well treated and properly cared for. From what we could see, the raccoons here both looked happy as they had plenty of toys, lots of space and things to climb, and their own enclosure to hide in, away from prying human eyes. When one of the cafe staff came in to feed them treats, it was also clear from the way they interacted that they had a good relationship. It was nice to know that this wasn't just some dodgy, abusive circus show. 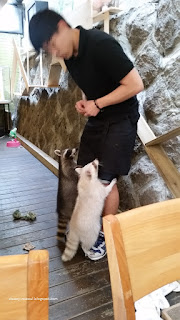 A final note though... Avoid entering or exiting the area if you can see the raccoons are near the doors. The enclosure is double gated (and for good reason), but the raccoons can still get through and this is what happens when they do: 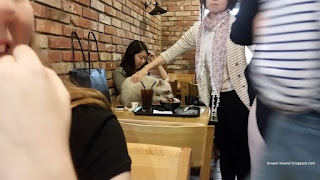 Blind Alley, Sookdae
Hours: 9am - 10:30pm
Address: 서울시 용산구 청파동2가 63-20 (63-20 Cheongpa-dong2ga, Yongsan-gu, Seoul)
Directions: From Sookmyung Women's University Station, exit 10, make a U-turn and take the first right. Keep following this road straight for about 5 minutes, passing through the tunnel and crossing at the intersection. Blind Alley will be on your right, before you reach the university campus. 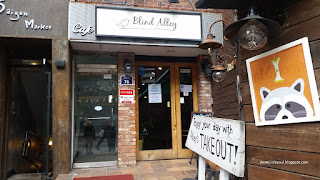