Several years ago, my co-workers and I used to live in Hongdae in a pleasant little alley called Fuck Street. Okay, so of course that wasn't its official name but someone (a modern day Picasso, no doubt) had spray-painted the word FUCK in huge block letters across a wall near the entrance of the alley, and thus it was branded in our hearts as Fuck Street forevermore.

The good thing about Fuck Street was that although being somewhat hidden away from the public eye, it was still relatively close to all the happening places in Hongdae, including lots of great restaurants. One such restaurant, literally just a single street away, was Gami Udon. When it first opened up, we could not for the life of us figure out why it was so popular. Regardless of the time of day, there was always a swarm of people milling around outside waiting for a seat. Finally, curiosity got the better of us one day and we decided to try it. And BOOM. The answer was clear within seconds of the food reaching our table.

Gami Udon, as you've probably guessed from the name, specialises in one thing -- udon noodles. But these are no ordinary, run-of-the-mill udon noodles. We're talking handmade, nay, handcrafted udon. (Because making noodles that taste that delicious should seriously be considered an art form.) The udon is freshly made in-store and the texture is amazing. It beats the pants off of regular udon served at other restaurants and is quite possibly the best I've ever had in Seoul. If you're at the restaurant at the right time, you can catch the noodles being rolled out near the window by the lovely staff in their cute Japanese-style uniforms.

The first time I went with my co-workers, we struggled a fair bit with the menu as there wasn't anything in English and it was one of those cases where you point randomly at something and cross your fingers that it won't turn out to be indigestible. But now that my Korean has improved (slightly -__-), I can finally understand the menu better (slightly -__-). 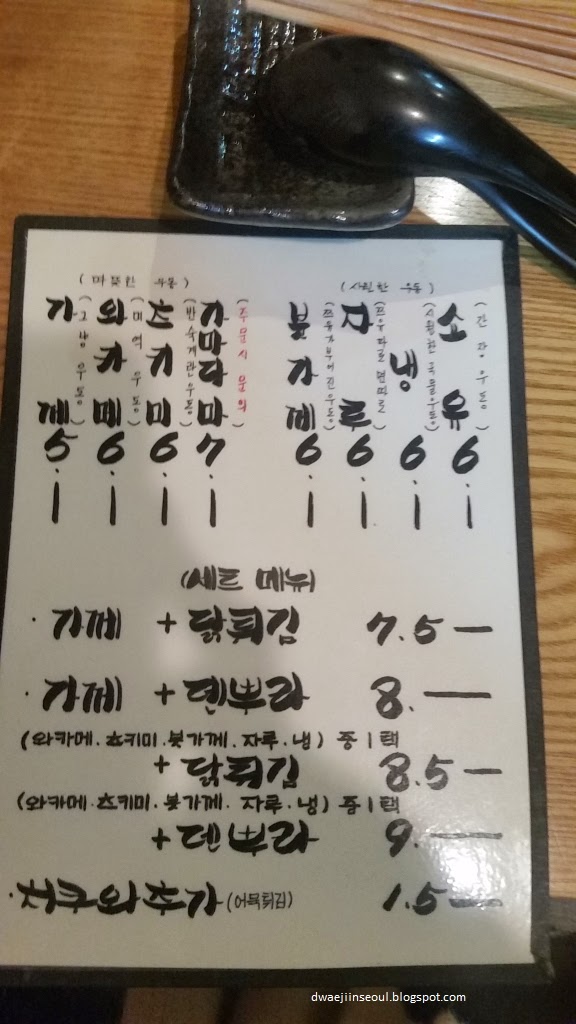 The top part of the menu lists the types of udon dishes they have and is split into two: hot on the left and cold on the right. Below them are the sets where you can get your noodles with a side of tempura or fried chicken. 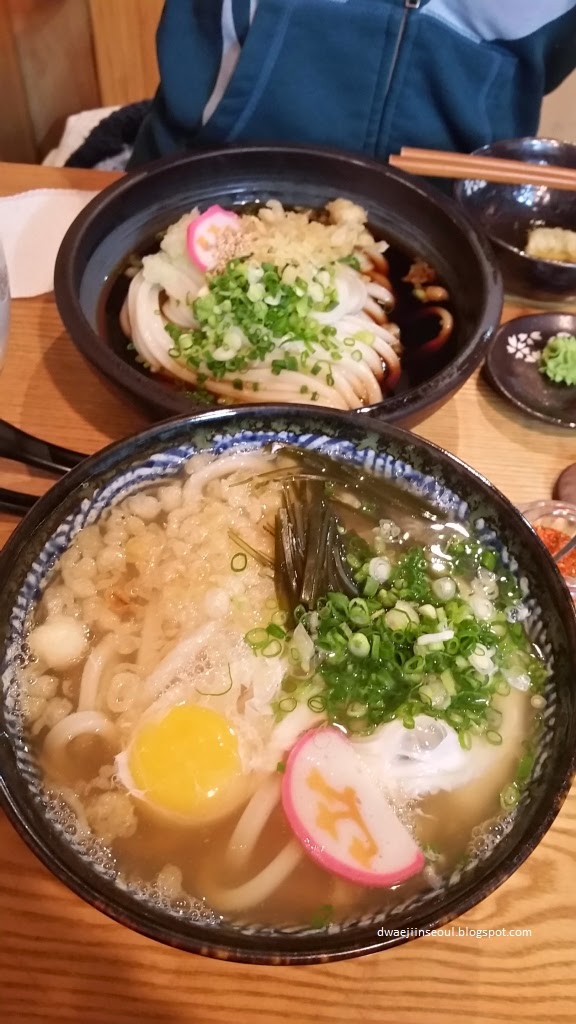 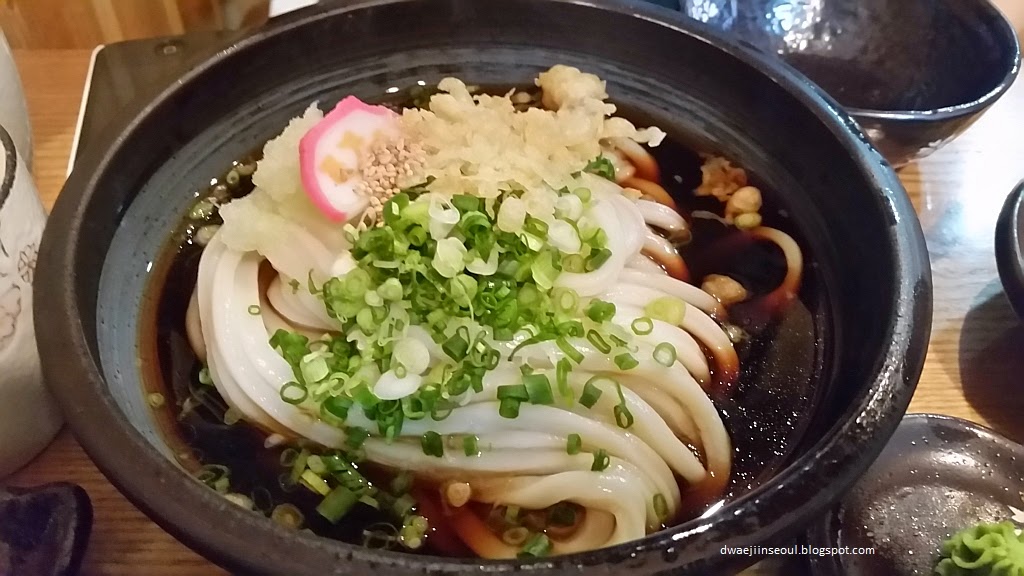 Apart from the noodles having a most satisfying texture, they were also crazy long and it was extremely enjoyable attempting to slurp them all up in one mouthful.

Yes, that's one single strand of udon.. and doubled over the chopsticks too, so you can just imagine how long the whole thing is. o__O

Food from the sets that also deserve some love: 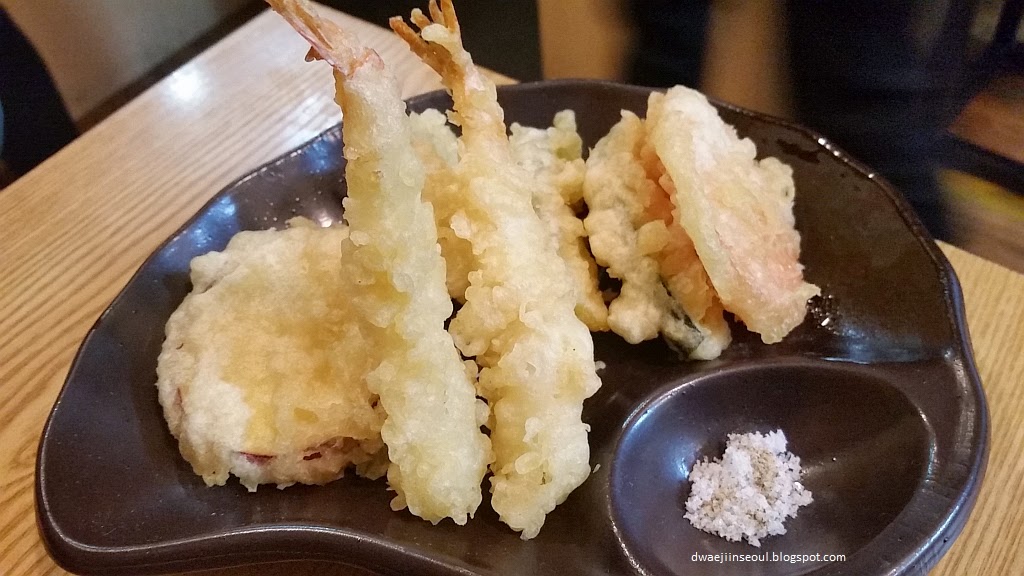 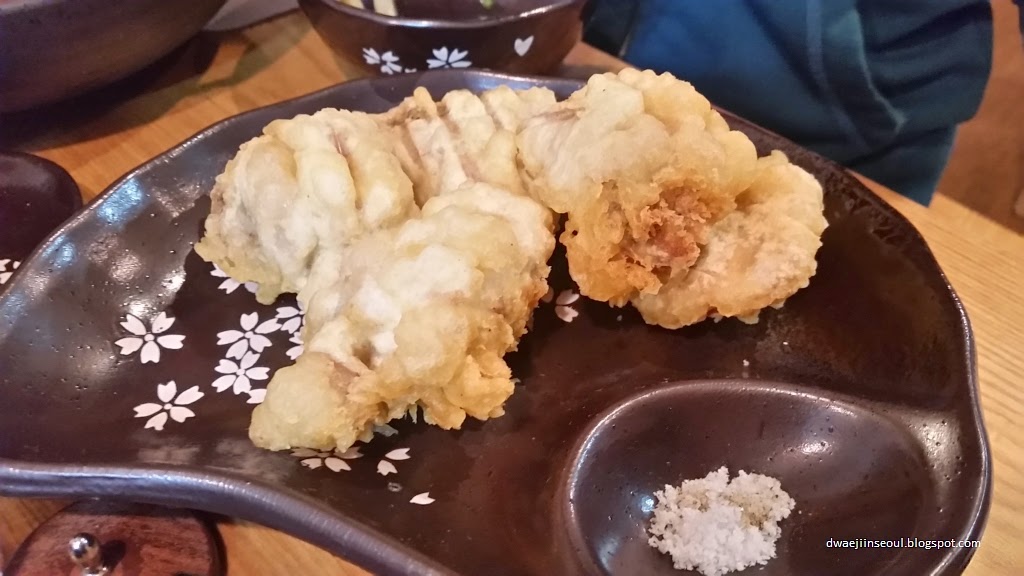 Crispy on the outside, tender, succulent chicken seasoned with salt and pepper on the inside


Apart from the food being incredibly scrumptious, another reason for the constant queues is probably due to the restaurant being quite small, with less than 10 tables. 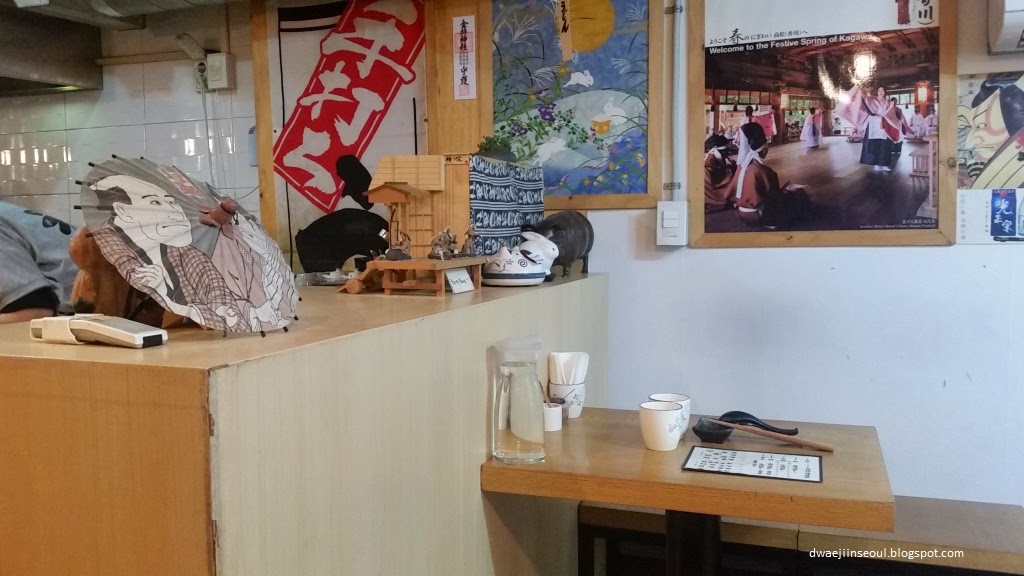 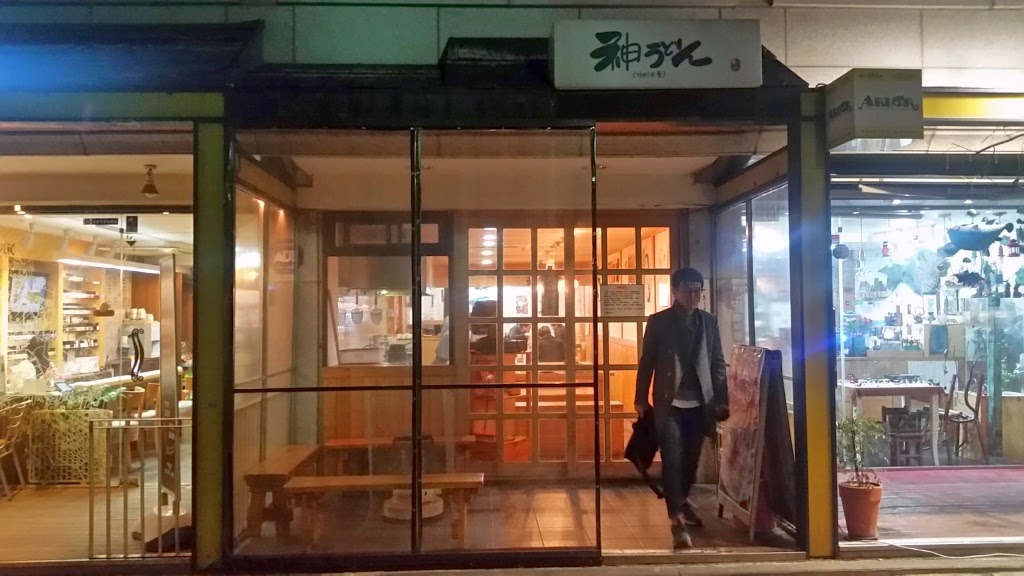 This keeps the lines going during peak hours, but if you have the patience to wait it out, I'm sure you'll find that the food is worth it!

Gami Udon
Hours: 12pm - 9pm (break between 3pm-5pm), closed Mondays
Address: 서울시 마포구 서교동 346-31 (346-31 Seogyo-dong, Mapo-gu, Seoul)
Directions: From Hongdae Station, exit 9, take the first left and follow the road all the way around the bend until you reach the part where it splits into 3. Take the road on your left, a bit like making a semi U-turn. Follow this down a few metres and Gami Udon will be on your left.
Posted by Uncle Yenny at 4:32 PM