If you've lived in Korea for any amount of time, or even just visited on a holiday, chances are you've heard of an app called Kakao Talk. Kakao Talk is pretty much the Korean version of Whatsapp, except with much cooler emotions. Along with the default yellow smileys, there's also a set featuring these two webtoon characters called Majo and Sady:

Majo is a brown bear and Sady is a white rabbit, and supposedly they're married. Hmmm. 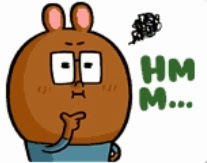 
Even though I don't know much else about them, there's a special place in my heart for them because they have a pooping emoticon. This is the emoticon Angry Eddie and I always use if one of us needs to go to the bathroom: 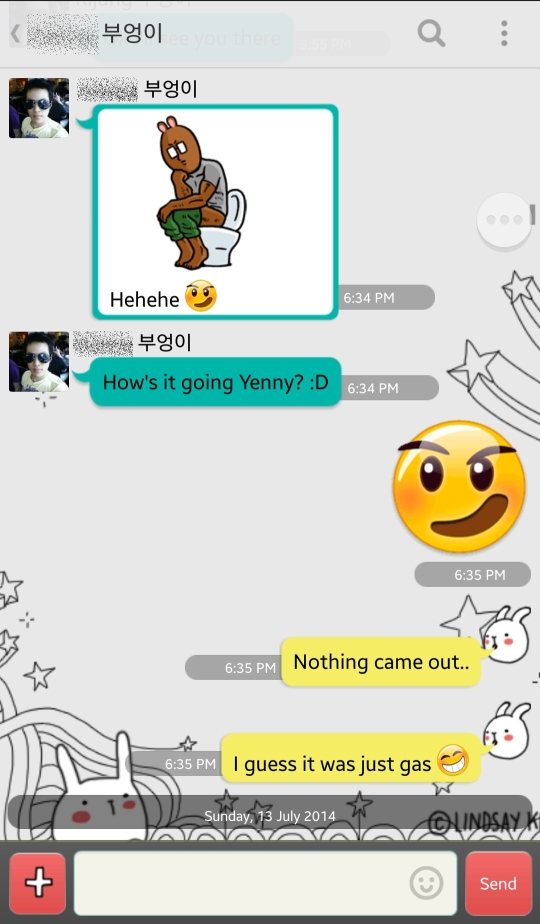 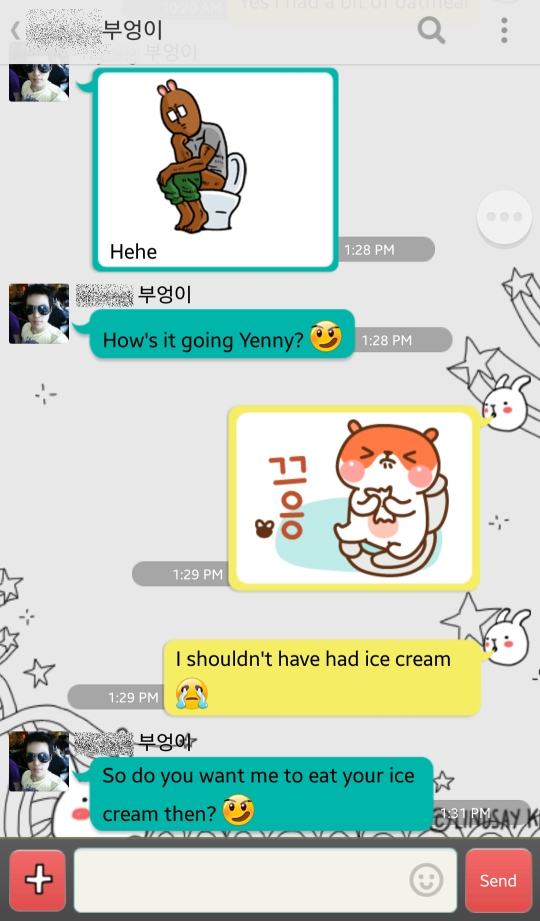 Well, now that we're all up to speed on my bowel movements and have thus become intimate buddies, let us move along!

In August of 2013, the first ever Cafe Majo & Sady (a themed cafe dedicated to these two characters, in case you couldn't tell by the name :P) opened up in Sinsa-dong of Seoul. Since then, a multitude have popped up including two in Jeonju city and several more around Seoul (Dongdaemun, Nowon, and another coming soon to a spot between Cheongnyangni and Sindap stations). If you're not in Seoul, fret not as they're also planning to open branches in Suwon, Dongtan, Bucheon, and Busan.

The one in Dongdaemun happens to be closest to my area, so off I went to check it out. It was a grey, gloomy day out, but even that couldn't detract from the awesomeness of the place: 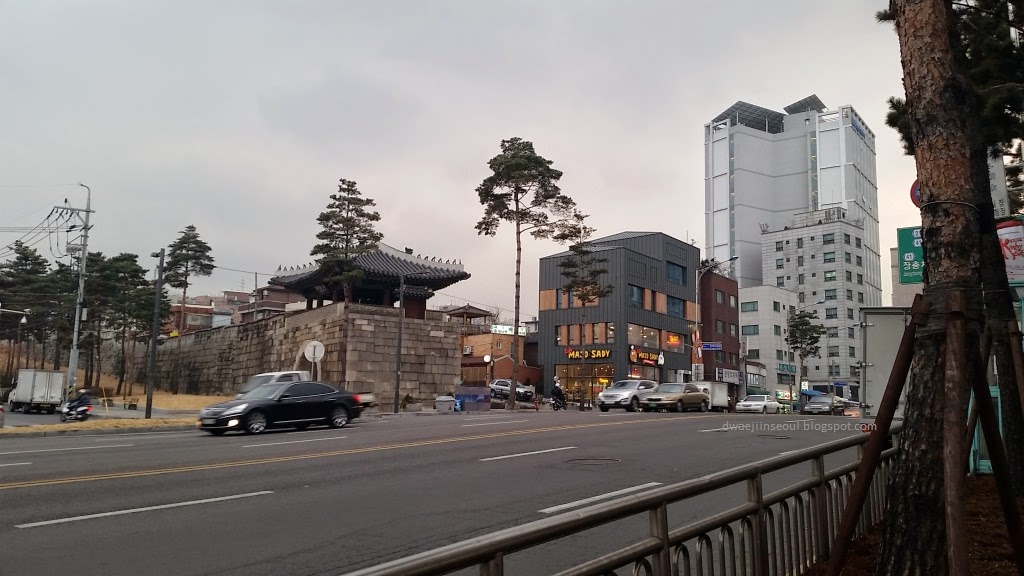 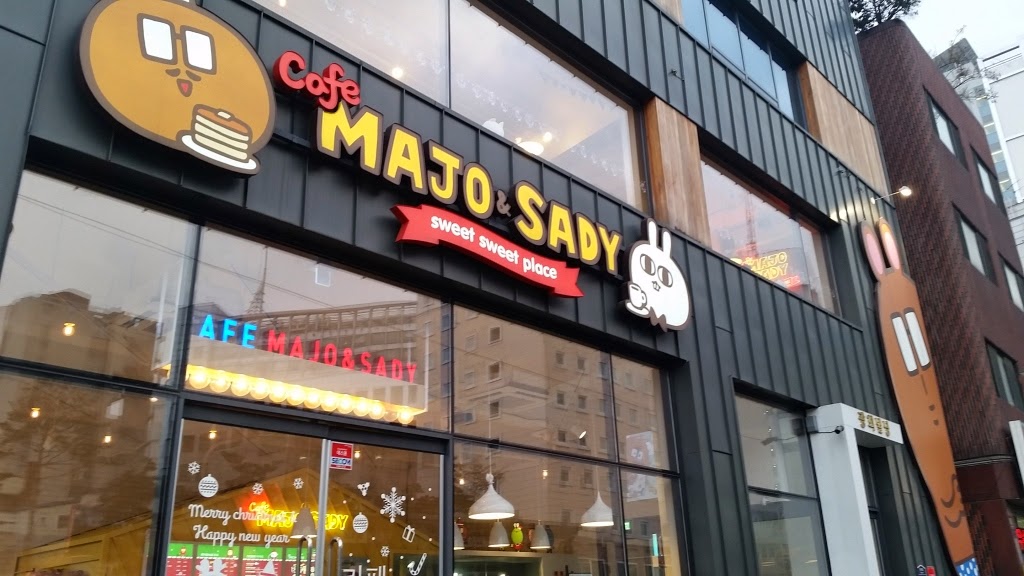 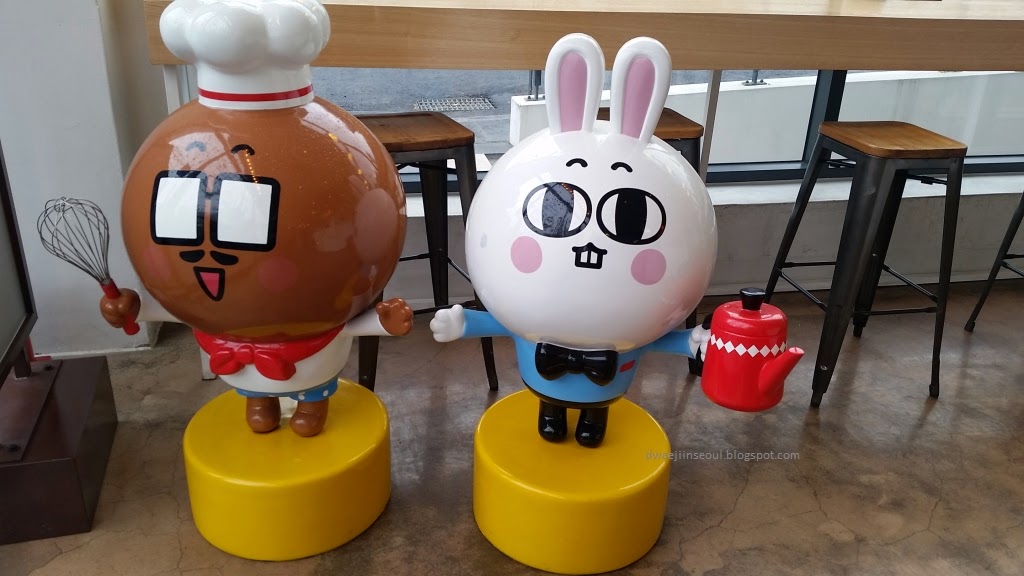 It was half snowing, half raining so these little guys got moved inside. 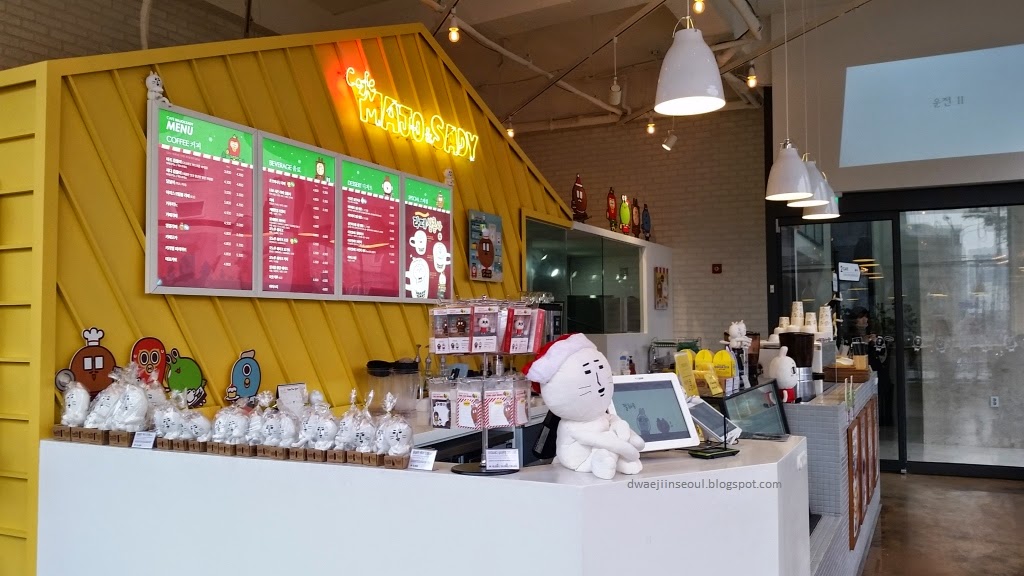 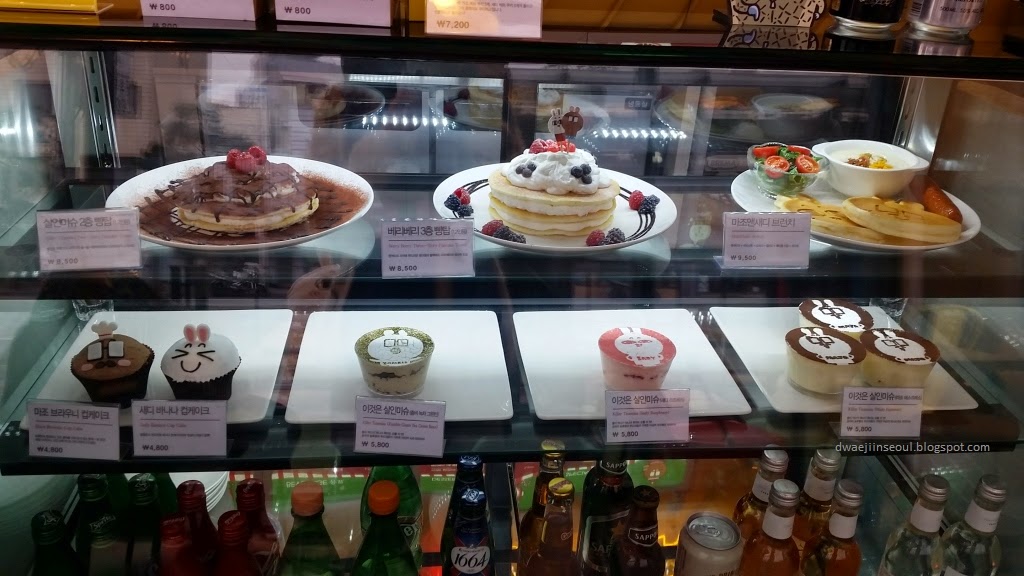 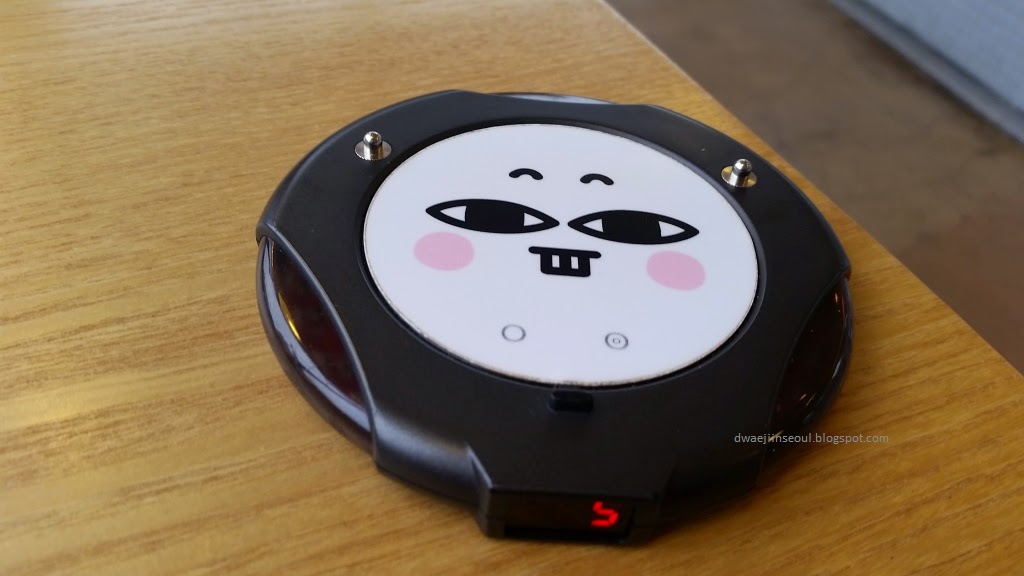 Okay, I'm not guna lie. Despite being hungry, I thought the cafe was kinda pricey so my miserly reflexes kicked in and I ended up settling for just a latte.. A cheese latte. I live on the wild side, yo! 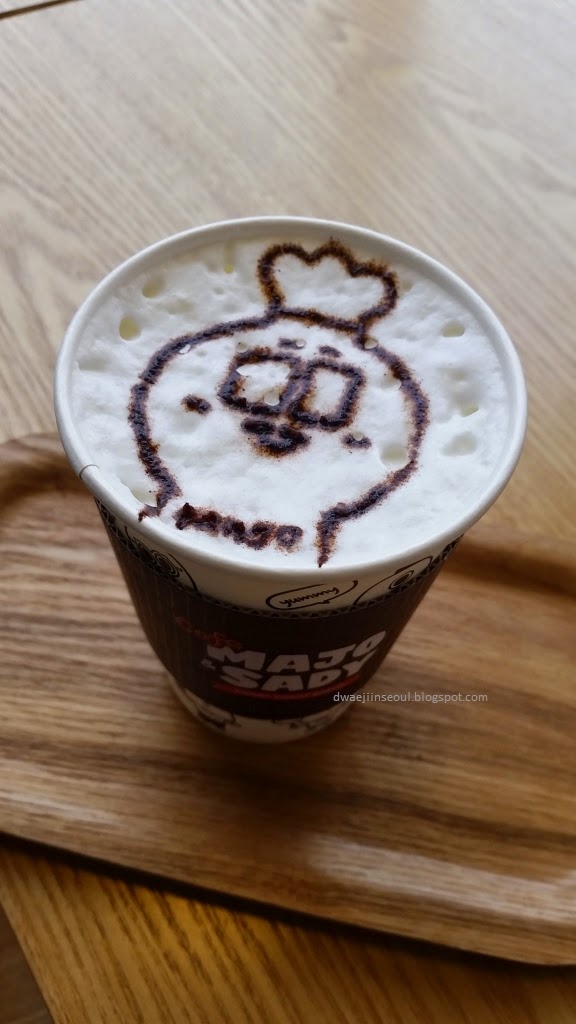 
On the first floor, the corner beside the counter was set up with plenty of merchandise for purchasing:

And the second floor was where all the decorating and plush toy magic happened: 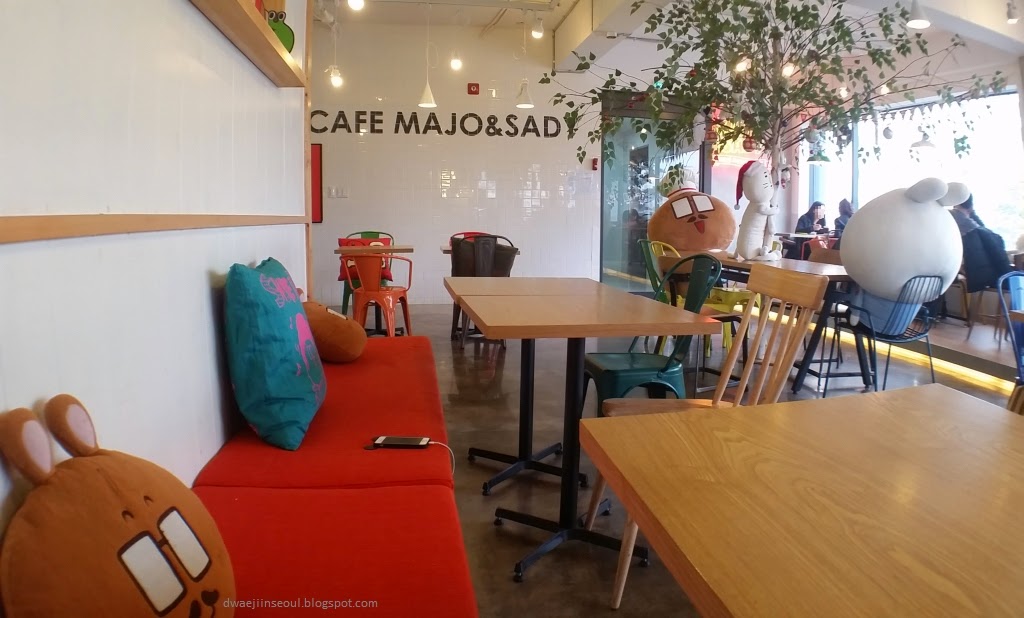 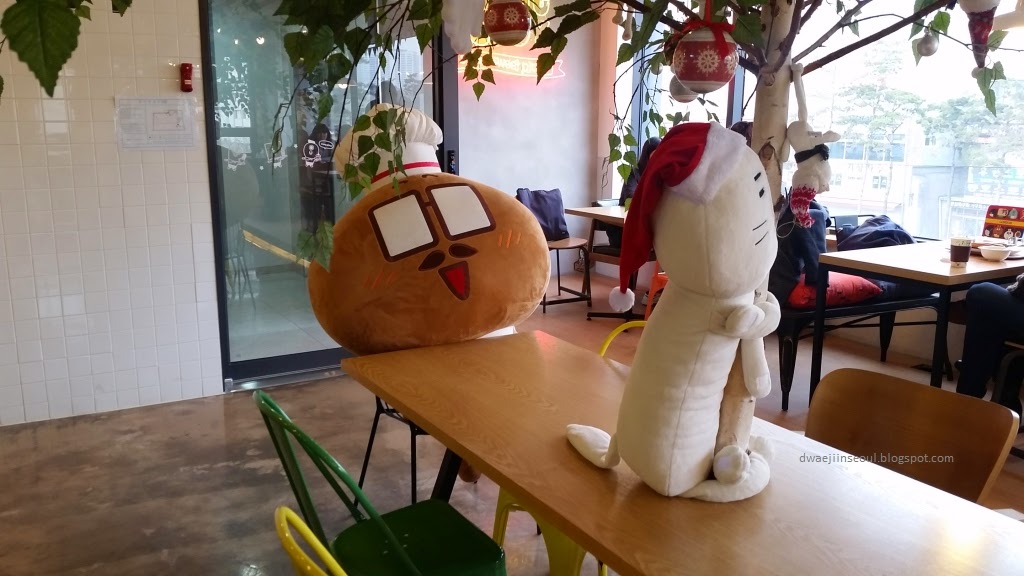 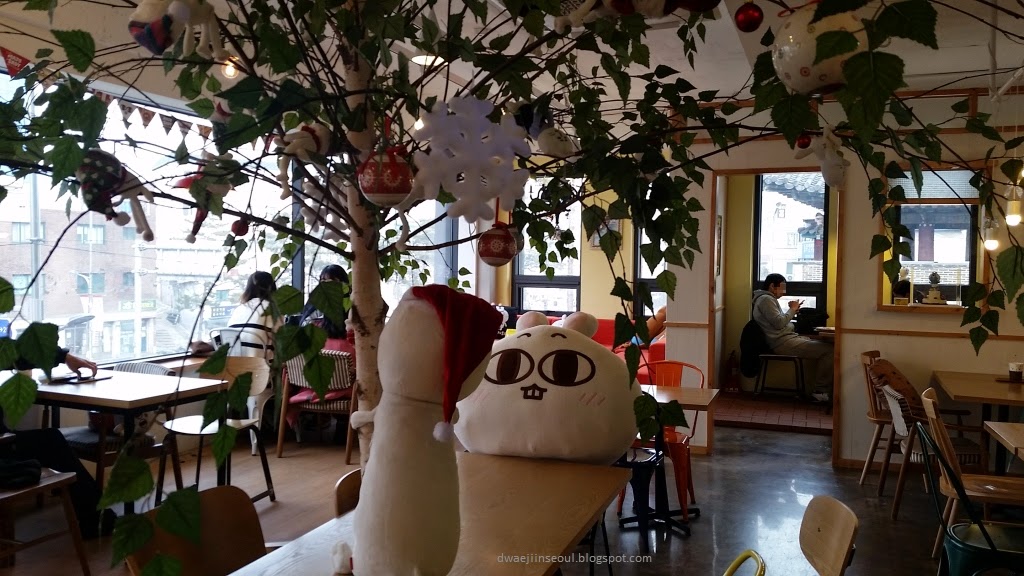 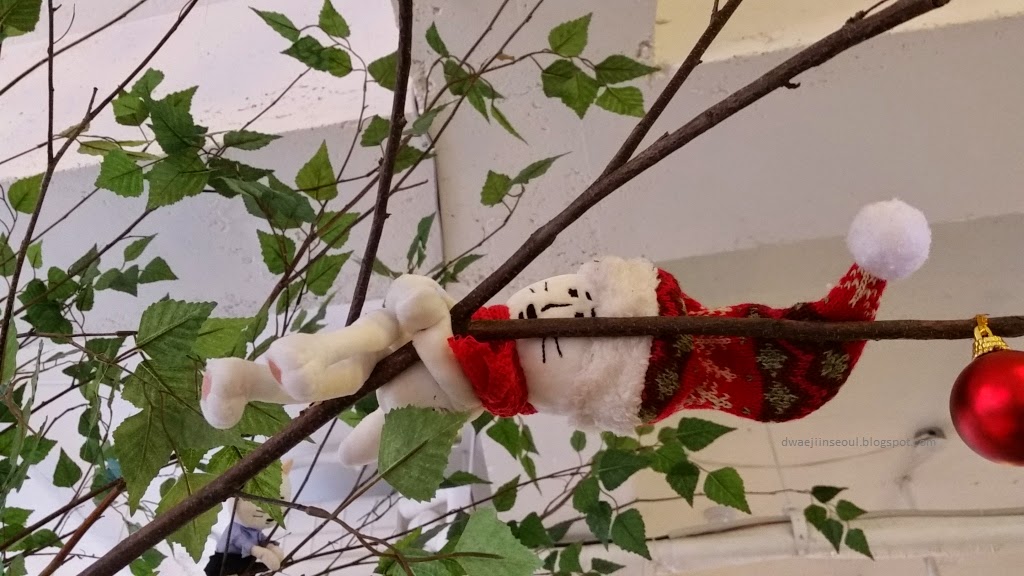 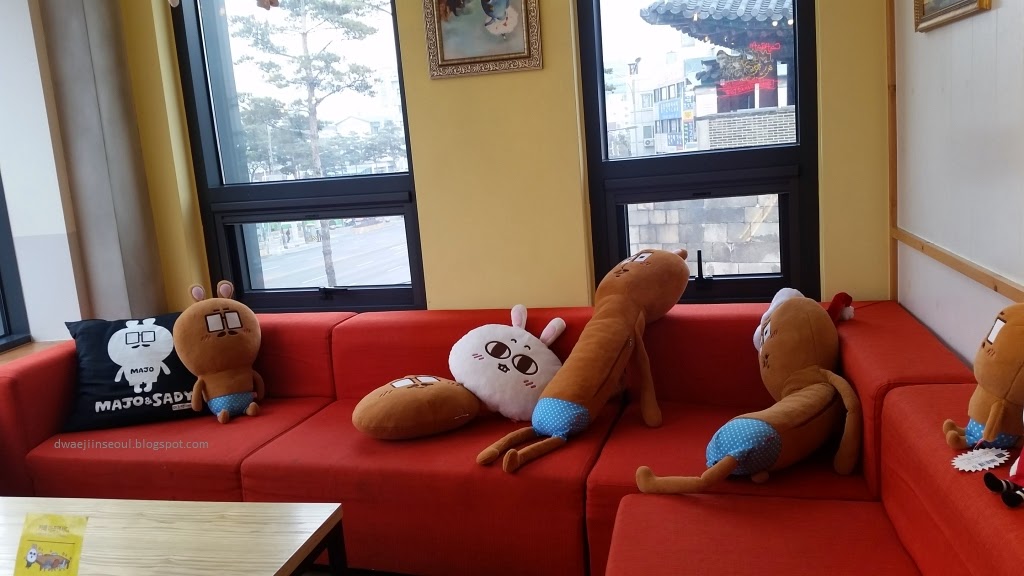 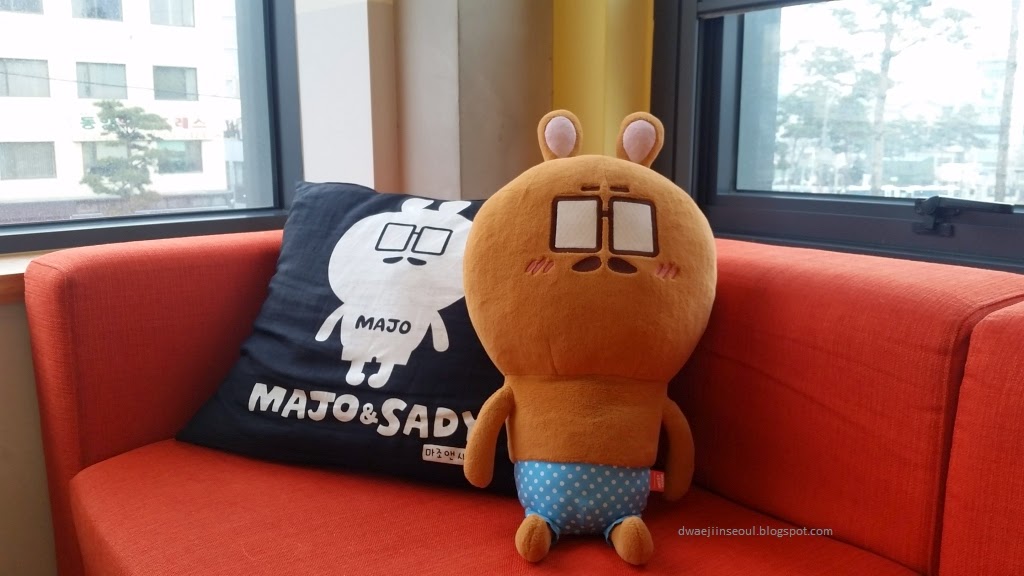 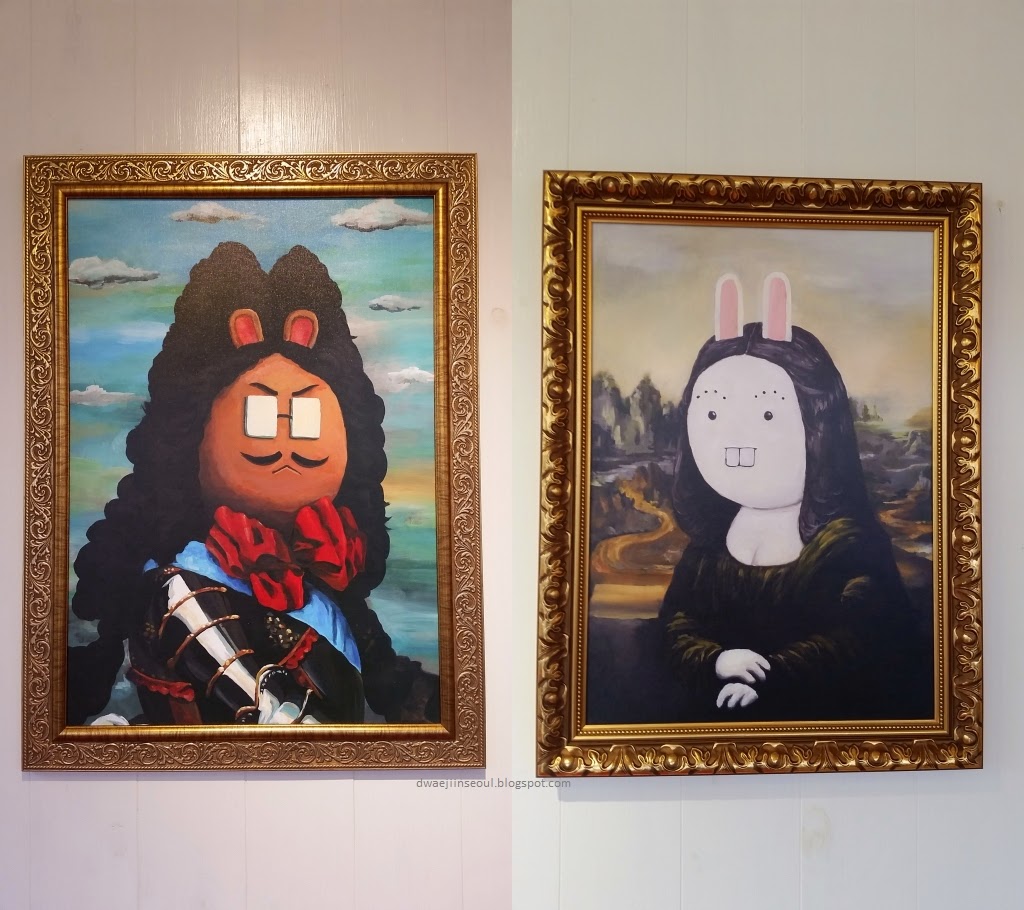 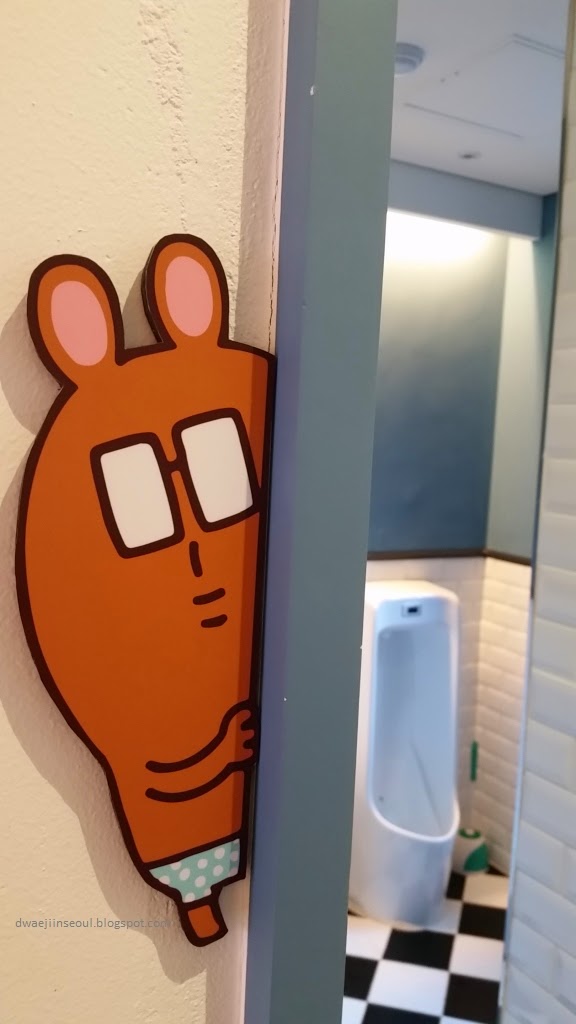 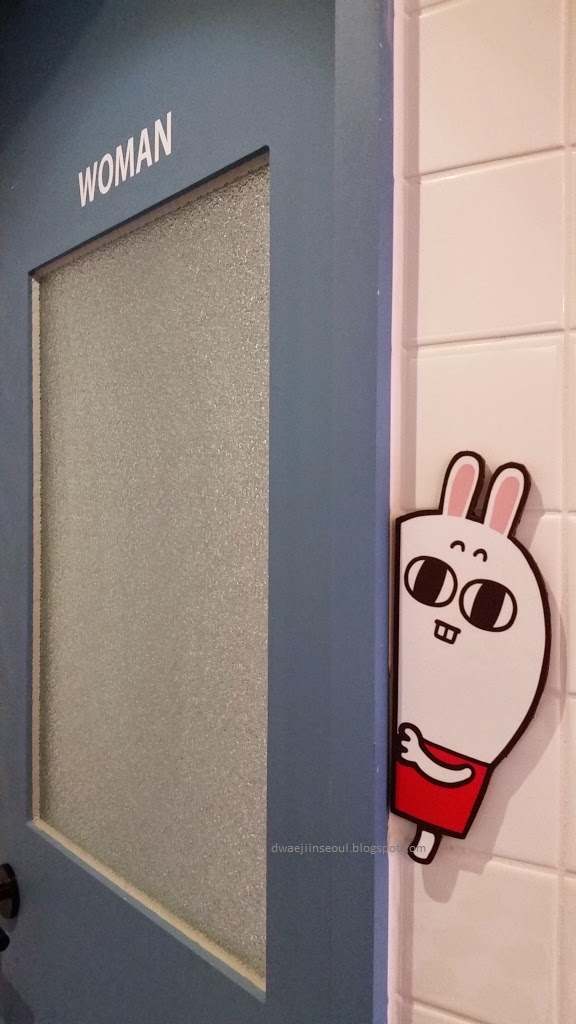 Although it's a bit expensive by my cheapo standards, I would probably still come here again because it's really hard to say no when everything is so cute. Even the drink cups are adorable! 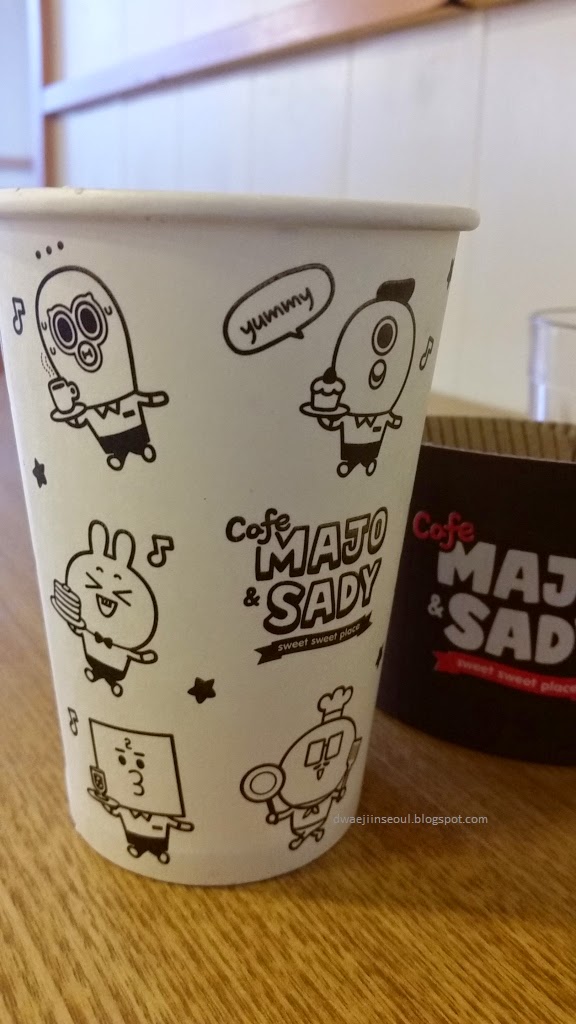 Luckily I'm the kind of person who can nurse a single drink for several hours, so forking out a bit more is fine if it means I get to loiter around for as long as I like and soak up the pleasant atmosphere. Hooray for Korean cafe culture where it's considered acceptable to linger for extended periods of time, and hooray for Korean cafes with uber cute deco! XD

Cafe Majo & Sady, Dongdaemun
Hours: 10am - 11pm
Address: 서울시 중구 광희동2가 172 (172 Gwanghee2-dong, Jung-gu, Seoul)
Website: http://www.cafemajosady.com
Directions: From Dongdaemun History and Culture Park Station, exit 3, you can see the cafe across the road to your right. It's best to take the crossing that's a little to the left of the exit, as there isn't one in front of the cafe.
Posted by Uncle Yenny at 12:41 AM